This year’s preeminent celebration of disability representation in media will take place November 14th, 2019 at The Beverly Hilton Hotel. 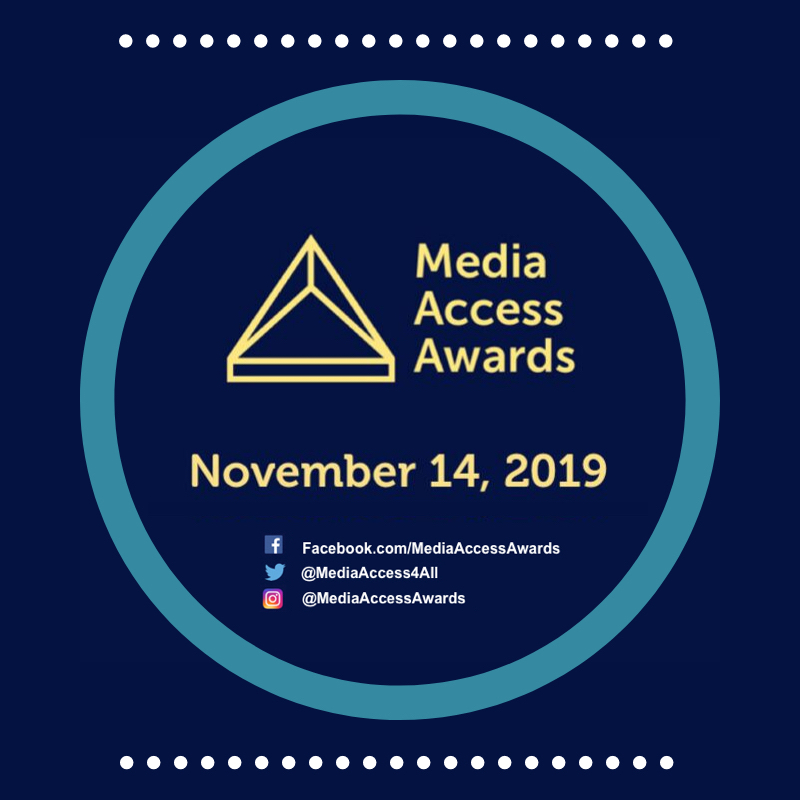 Find us on social: #MEDIAACCESSAWARDS #MAA2019

Mark your calendars for The Media Access Awards on November 14th, 2019.

The Media Access Awards, which will be celebrating its 40th anniversary, and its partner Easterseals, which is commemorating 100 years as the first national organization serving people with disabilities, are proud to present a celebration honoring the best in disability representation in Hollywood.

The Media Access Awards, founded by producers Norman Lear and Fern Field, annually honors the top creatives in film and television with the WGA Evan Somers, PGA George Sunga, Casting Society of America, and Harold Russell SAG-AFTRA awards for their employment of and creation of accurate portrayals of people with disabilities.

Joe Mantegna, longtime disability advocate for Easterseals and star of “Criminal Minds” will join actor, writer and producer of “This Close,” and former Media Access Awards winner, Shoshannah Stern to host the awards.

This year’s award honorees include:

“We congratulate this year’s outstanding honorees – each working to diversify modern storytelling and shine a light on many talented artists with disabilities,” said Mark Whitley, CEO of Easterseals Southern California. “As an organization committed to advancing greater inclusion and disability representation across entertainment, we know what a pivotal role the honorees play in helping change people’s perceptions about disability, challenging stigmas and showing what true inclusion means.”

An estimated 61 million Americans live with a disability. As the largest minority group on the planet —and as the only minority group that anyone can join at any point of his or her life — the disability community is a robust, diverse, and integral part of our global fabric.

We are proud to be at the forefront of creating and promoting opportunities for some of the brightest talents in the industry.